I HAD to learn guitar. I don’t mean “had to“, the way Santana “had to“. I wasn’t predestined to channel the mysticism of a Greater Power like Carlos. When I play guitar, there is nothing smooth and transcendent about it. God is definitely not speaking through me when I play…or if He is, He’s 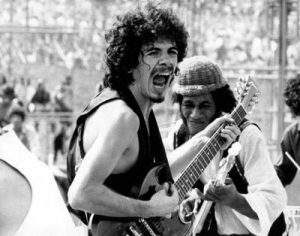 cursing and mumbling. Me playing guitar is a war between a crafted machine and an uncertain body. Always has been. You might say “that is a pretty bleak outlook”, and then you might wonder why I play guitar at all if it’s such a struggle.

Well, when we started our first band I desperately needed to be involved. It was the only thing I had going for me (though it was pretty much nothing), and I knew if it went away I’d never get a chance to be a musician again. My problem was, I didn’t play an instrument. I was the lead singer (the term “singer” being used very loosely) of our God awful punk band, and we were very much into writing songs. Songwriting had value with this bunch. But we were a fickle lot, prone to ejecting people who couldn’t make an adequate contribution. I was desperate to be able to write words AND music…like, write a whole song by myself. I figured that could cement my position in the band. Well, my efforts must have made a bit of difference as I didn’t get sacked from The Malibu Kens till years later.

My Mom got me a cheap acoustic guitar for Christmas in 1978 or thereabouts. A beater. What everyone should start on. Years before, I had tried guitar lessons but they didn’t stick. I don’t learn things that way. However, I did remember the G chord and the D chord from those lost days. 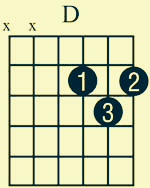 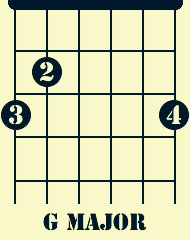 At home there was a music book with a thousand popular songs. The sheet music also had pictures of the guitar chords right above the staff (that liney thing they put the dots and curlicues on). I noticed the song American Pie had a lot of G and D in it. The other chords didn’t look too difficult, I liked the song pretty well and knew it to sing along to, so I thought it would be a good one to start with. It took months to get through the whole song once. That was likely because I was teaching myself to sing it at the same time I was teaching myself to play guitar on it.

I remember getting outraged at the alien ways I was expected to contort my fingers to make these chords. It fucking hurt. It seemed impossible. My performance of American Pie was like a road full of potholes…constant hesitation as I struggled to remember the chords, how to do them, the strumming, and what the next words were. Thank God I did this when I was alone.

One day, I did the whole song without stopping. I did it again. I figured I had it all sussed out, and the next time Ed Dobek was over I played it to him. I wish I could tell you he was supportive and encouraging, but he wasn’t. After I had finished he told me it was the funniest thing he’d ever heard. That was humiliating, and it turned out I had to get used to it. Throughout the years my bandmate’s attitudes towards my “acoustic shenanigans” (as Steve Loree refers to my solo performances) has always been a variation of that sort of thing. Jr Gone Wild drummer Larry Shelast always asks me what time my set ends (implying he’ll show up when my set is over)….stuff like that.

Anyhow, back to the guitar. After awhile I was playing good enough The Malibu Kens got an Ovation 12 string acoustic,and I started doing some rhythm guitar on some of our more “Beatle-esque” numbers. Besides playing a bit in the band, I spent about 3 hours a day playing guitar at home instead of going to school. My training regimen was American Pie, the 5 song nonstop Ramones live set from Rock n Roll High School soundtrack(I’d play along to the record…thats how I learned Barre chords), and trying to come up with riffs and inspirations of my own. At any rate, The Malibu Kens went on and did what they did and eventually faded away. By this time I had developed enough confidence and met enough people that I knew I could carry on without the guys in the ‘Kens. 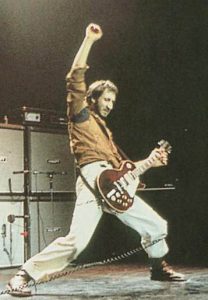 I knew in my next band I was going to write songs and play electric guitar. I was also aware my budget demanded I get the cheapest guitar available, but that didn’t stop me from fantasizing about what I would get if I could get whatever I wanted. I saw a couple movies in 1979 that made that decision easy.

In May of 1979 I saw The Kids Are Alright, a sort of film clip history of The Who. It spanned their whole career, so you got to see Pete Townshend playing Stratocasters and Rickenbackers when they started out, the Gibson SG phase during the Tommy days, and finally the Gibson Les Paul he played on Won’t Get Fooled Again and Baba O’Riley. I loved the whole thing, but there was something about the sound, and the look in Pete’s eye, wielding the Les Paul as he did, that made a big impression on me. I started equating sonic power with the Les Paul. When the movie ended I stayed in my seat and watched it again. 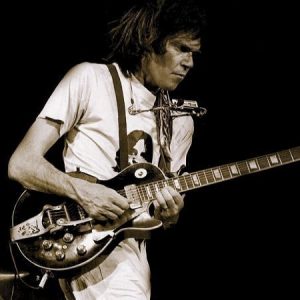 Then in July Neil Young’s Rust Never Sleeps came out. This was a concert film that started small and acoustic, and gradually built into a loud, distorted, beautiful mess. His band was Crazy Horse, and it seemed as if even the drums had distortion. Neil, of course, played his ancient black Les Paul with the Bigsby wammy bar. When the movie ended I stayed in my seat and watched it again.

I suppose it was a combination of seeing two heroes of mine in action doing some of my favourite songs with Les Pauls that put the notion in my head, but from that point on I associated THAT particular make of guitar with the power of rock, and convinced myself it was the rock guitar of choice for songwriting masters. Thus began a few years of yearning.

I can’t remember who I got it from or for how much, but I somehow ended up with a piece of junk Les Paul copy. I think it was a Mann. This piece of shit couldn’t hold it’s tuning and sounded like elephant farts, but it looked like a black Les Paul and at that point in my life that was good enough for me. However, it was not good enough for Jr Gone Wild.

One of the first incarnations of Jr Gone Wild included me and three guys from St Albert (Graham Brown, Kim Upright, and Mark Brostrom). They liked me and my songs well enough, but they simply DESPISED my junk guitar. Seriously, it’s intonation was so bad tone deaf people complained about its tuning. I believe they pitched in and used some band cash and got me one of these:

This is a Les Paul Standard Desert Burst. The one we are talking about is a 1976 model. A very generous gift, and a scathing indictment against Mann guitars. What the boys in the band couldn’t know is, they didn’t get me just any Les Paul Standard. The guitar they chose already had an interesting and trippy connection to me that kind of blows my mind to this day.

This story hops around. Back in time to my first band. Joey Did and the Necrophiliacs played our first and nearly last show (see my first blog) at our high school. Our guitarist, Scott Juskiw,, had an older brother named Frank Juskiw who was a few years older and was at the time trying to make his mark on the world with his band Pretty Rough (and years later, Famous Blue Raincoat). He was a good guy, and being a supportive big brother lent Scott his Les Paul for the Necrophiliacs first gig. It was a Les Paul Standard Desert Burst like the one pictured above.

Jump ahead in time. For reasons unknown, Frank Juskiw put his Les Paul up for sale at Long and McQuade. That is the guitar the Jr Gone Wild boys bought me. When I learned the details I was blown away. It seemed so cosmic that the guitar my first band used at our very first gig ever ends up being my own years later. Frank’s relationship with the guitar did not end there either. Frank was also the guitar tech at Long and McQuade and he was the only guy to work on the guitar until he passed away a few years back. Sometimes he’d have a look of horror when I would bring it in for a setup after JGW tours (He took much better care of the instrument than I did…I also undid all the “mod” work he had done, I swear I saw a tear in his eye a time or two).

I’m sure Frank was horrified when I brought the guitar in after Tim Folkman and Barry Laibida painted it. I was living an artists lifestyle hanging with artists of all stripes. I was totally in to having

my guitar personalized. As it stands, the guitar’s appearance went on to become one of JGW’s iconic signature images, and it even inspired some of the ideas for the Too DumbTo Quit album cover. 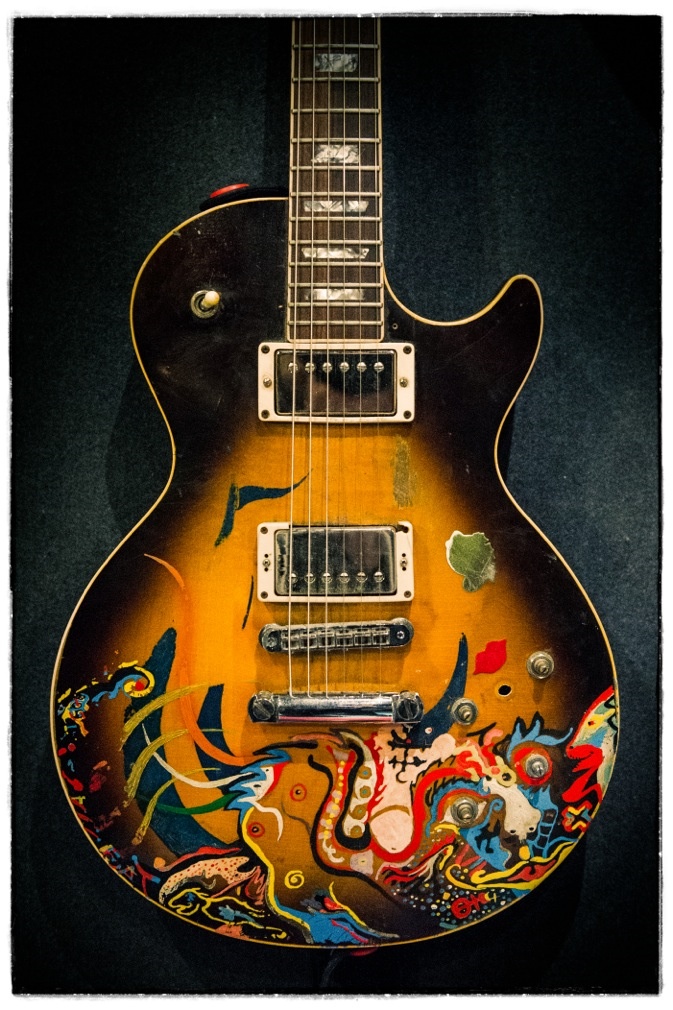 By now I was playing guitar all the time. My days as a lead singer with nothing in my hands but a microphone were becoming a distant memory. My repertoire of chords and chops was small. I basically learned whatever I needed to know to get the songs done. I found I quite enjoyed bashing the chords out in lockstep with the rhythm section. Doing leads was fun, everybody tries it, but I was no good at it. Never will

be. When I DO lead guitar work, I always look at my “solo” as a melodic component of the song as opposed to a demonstration of my skill. Jr Gone Wild seems to benefit from the differences in approach that clash in our “two guitar attack”. 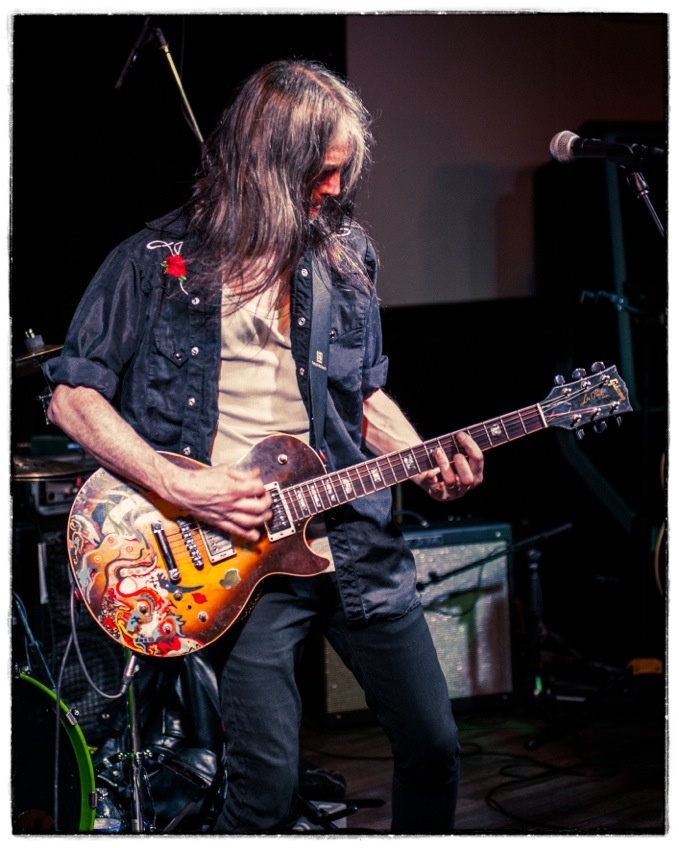 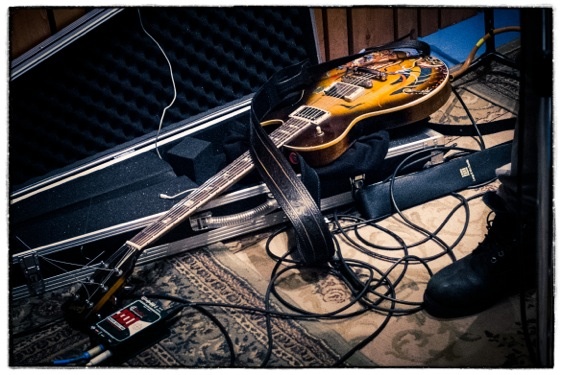 It’s been a lot of years now. Jr Gone Wild eventually called it a day, and my guitar ended up in storage for over a decade. When the band got back together in 2013, I literally had to dust the guitar off. I’ve broken a million guitar strings, and either myself or the band has spent a couple grand on repairs, setups, and replacement parts over those years (although I never did put new volume and tone knobs back on….those were always the first to go and I got tired of always buying new ones). My hands know and love this guitar. I’ve had it since 1985 or so. It’s been on every tour I’ve done.

So yeah, it’s a struggle, but it was a hard won partnership.

I’ve kicked the shit out of it and treated it bad, but it’s still here, saying the things I have no words for.

Thanks Mike Siek and Eden Munro for the excellent shots of my guitar.