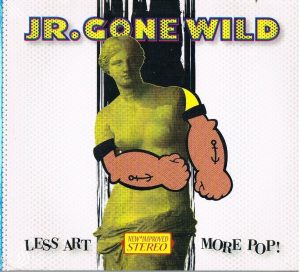 The album that started it all…remixed and expanded!


Warning: sizeof(): Parameter must be an array or an object that implements Countable in /home/customer/www/mike-mcdonald.com/public_html/wp-content/themes/lush/woocommerce/single-product/meta.php on line 15

Never before available on CD! The proceeds from Jr Gone Wild’s reunion show enabled the band to buy back the master tapes of the Canadian classic. What they discovered on tape was nothing short of astonishing, as many more songs were recorded than made it on to the album. Furthermore, the U.S. and Canadian versions of the album had slightly different track listings (a couple songs on one weren’t on the other). Here was an opportunity to “join” the two different versions together, and to show the “lost” recordings the light of day. As such, Less Art More Pop is expanded to 22 songs. The raw tracks are what Jr Gone Wild purchased, so remixing was necessary. The new mix, by Dave Mockford, does the guitars justice and is truer to the sound and attitude of the band. CD cover art was reimagined and reformatted by the original artist on the 80’s vinyl version, Dennis Lennarduzzi. Kickass liner notes by Tom Murray.